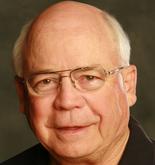 The only organization of its kind with the capacity to harness cooperative human and artificial intelligence to identify and combat hate media.

Reducing hate media engagements.  Like epidemiology, absent a vaccine, success is measured by a reduction in outbreaks

Our initiatives are born out of the inspiration, devotion, and fearlessness of Mark Bloome.

"A righteous man falls down seven times and gets up." – King Solomon, Proverbs, 24:16

Ron Katz is an authority on rhetoric, propaganda, and persuasion. His research and writing has appeared in books, academic journals, and periodical publications.  He received his PhD from the University of California, Berkeley.​

Prof. Emeritus and Author of Not Seeing Red.

​​Hen Mazzig is an internationally recognized authority on Israel and the Middle East. His writing has appeared in dozens of publications and he is regularly featured on North American, U.K, and Israeli media outlets.

We have brought together some of the most talented scholars, scientists, and journalists in the world for the single purpose of combating hate. We invite you to join us in our mission to make the world a better, safer, and more productive place for everyone.

OVER A DOZEN INDIVIDUALS ARE CONTRIBUTING THEIR TIME, TALENT, AND FINANCIAL RESOURCES TO ENSURE THAT WE MAKE A DIFFERENCE.  If you can help, or simply want to know more about what we do, then please be in touch.

"The longstanding thinking in combating hate media has been that attracting new adherents to positive messaging is a complete solution. We have worked to show that the most critical impact is measured by a reduction in numbers of adherents to hate media messaging."

A unique approach to monitoring, 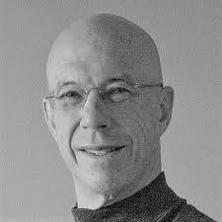